Picked up a few more books from the NYU library on the meaning of family rituals. Working more of this into my final paper.

I found this project by way of a friend. “Sharing Dinner” was done in 2005, by artist Marije Vogelzang.  Her idea brought together many people at one large table. It became a complete experience.  The artist beautifully describes the concept on her site. What is especially interesting was how the guests were giving different portions of food, so they were intended to share their meal with the person across of them.  They were also connected by one giant hanging table cloth, so they were all one, in the experience they had with each other.

This is a beautiful and thoughtful project. I would have loved to be a guest.

Another table cloth, table design, asking each member questions about their dinner. The artifact that is left is a reflection of the persons experience your more about who they are.

Interesting, because it is an analog recording of the person’s dinner experience. It allows the person there to record their feelings as well as their past.

I think I can take inspiration from this in how the person records their thoughts. In my experience, I think they also need to be able to do the same thing. Before, during, and after.

I watched Sherman’s March. Louisa suggested it to me in class and luckily, it was available on Instant Play on Netflix. It was a 2.5hour documentary on Ross McElwee’s intention on doing a documentary on General Sherman’s destructive march through the south in the Civil War, but ended up being a personal documentary of his search for love. I think this style of documentary, where the documentor is always holding the camera, and is rarely present was intriguing. It was as if I was right there with him or as him.  What the camera saw was what he saw and it gave a good perspective to connect with the documentor. I thought that this proved effective because although this was over two hours long, I felt like I wanted to know more about his journey and continue it with him. Also, at the end, he finds love, but doesn’t reveal if it goes anywhere. A cliff hanger–and all I really want to know is if that woman ever went out on more than one date with him.

This documentary formed out of an unexpected journey by the documentor. He set out to do one thing, but found himself compelled to take on another project. He goes back and forth talking about the change in his plans. It’s very real. Seems raw and uncut. I liked it. 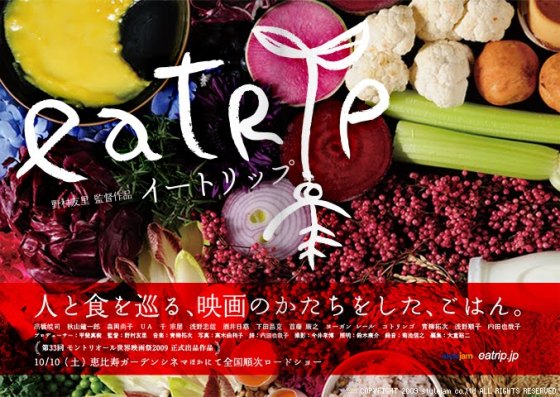 Paweena gave me this documentary, Eatrip,  this week for a belated birthday present. It’s a Japanese documentary on the culture of eating food. This is actually related to my thesis because it talks about the culture and meaning of food. Not directly family dinner, but it is about the ritual of eating and coming together.  Watching this subtitled movie brought back memories of watching shows with my grandma.  Since those Japanese shows were always subtitled and I had to be attentive to understand what was going on. After watching this movie there was a segment on a wife in Okinawa that said that eating is more than just the food, but enjoying the food and where it came from. It is also about starting a conversation with the people you enjoying the meal with.

This documentary is not just about Japanese food and culture, but more about the rituals that these people share with one another through these experiences.  The food in this case is the mediator of the conversations.  Many of the people in the documentary trade foods with one another that they grow or prepare themselves.  They share it with other families or sell them at local markets.  It is truly a beautiful experience where food brings all these people together and probably made them the good friends with the close connections they have now.

This documentary held a lot of history but personal stories.  These people were not all related, but they had similar parallel stories.

Looking for some things that people have already made to help make my life a little easier. 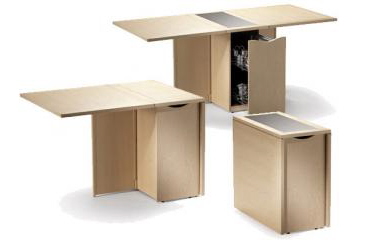 This one actually has space to house the chairs! Butterfly Folding Dining Table By John Lewis

Folding teak stool from Design within Reach. Too bad the price isn’t within reach. $310

And finally… this is the dining table we have at home! It’s Danish and has leaves to expand the sides. 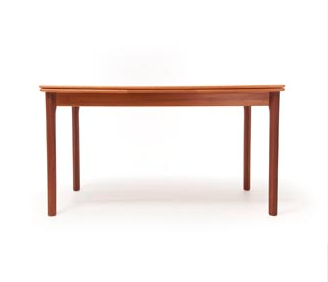 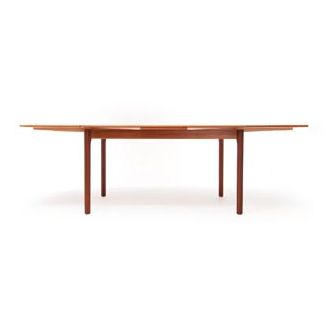 Another project similar to StoryCorps, but not.

After Katherine mentioned StoryCorps in my critique a couple weeks ago, I kept forgetting to put it on my blog to record my thoughts about it! Here it is:

What I value about StoryCorps is their mission to preserve personal stories. Another key aspect is the ability to record and share these stories with other people. It is both support system and  a learning tool. A learning tool for strangers who listen to other stories and even for the people involved in telling the story. 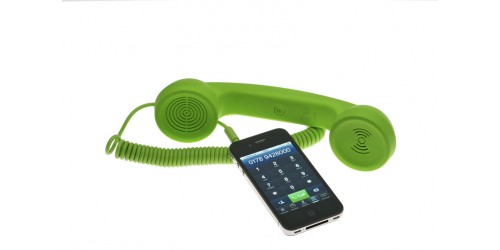 I have been reading a lot on “media archaeology” and how to understand where we are going we have to look back into the past. For example, the PopPhone. So popular in the last couple months but using a design from an early phone. bringing the ear piece and the microphone back to the smart phone and getting us away from the screen. Feels a little nostalgic.

In reference to my earlier article I posted from GQ, where the editor called meeting people in person “so retro,” I also thought about how there are other “old” things are becoming popular again. People love the idea of Polaroids  cameras and we see projects like the one below from The Impossible Project on Kickstarter that creates a personal printer for iPhone photos. 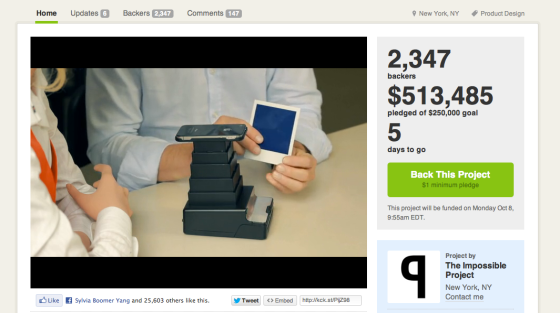 The demand is there. They double their goal and got 2,000+ people to support them. The actual camera looks silly, but look at how hard these people worked to take some steps backwards, using the simple point and shoot, and how many people are demanding to see this project through! I think this is just amazing, and ridiculous at the same time. Wouldn’t it be simple enough to just take a picture with a regular camera, rather than taking a picture of a picture on our iPhone?

So it seems that there is a time and space for this idea of looking back to move forward and how new digital media doesn’t separate us from communicating with one another, but might actually be helping us evolve as users to position ourselves. The technology helps people do distill their thoughts and realize what they value–which seems to be, what is old, is new again.